skip to main | skip to sidebar

Take Me Out to the Ball Game

Take Me Out to the Ball Game

THE GREATEST PLAY IN BASEBALL HISTORY!!! 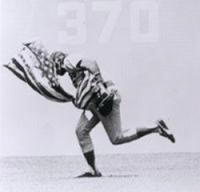 Some readers may have forgotten about this. Some may not have been alive at the time. However, thirty years ago this past April, as America was in the process of celebrating its bicentennial, Chicago Cubs centerfielder Rick Monday, a former Marine Corps Reservist, made one of the greatest plays in baseball history…but it didn’t involve a ball, a bat, or a glove.
As protestors were trying to set fire to an American flag in the centerfield of Dodgers Stadium in Los Angeles, Monday darted by, grabbed Old Glory, and saved her from a disturbing fate in front of a huge Chavez Ravine crowd.
According to Inside Baseball: “This moment and the symbol it represented – freedom, history and those who have lost their lives in battle to save Old Glory – had countless Americans talking; from politicians in Washington, D.C. and throughout the country to military veterans to everyday people. It was ranked as one of the top 100 classic moments in baseball history by the National Baseball Hall of Fame committee and third on Sporting News’ list as the most ‘unusual’ moment to occur on a major league baseball field.”
This marvelous video is a four-minute tribute to the event, including video footage, and interviews with Monday as well as then Dodger third-base coach Tommy Lasorda. Enjoy.

Josh is such a cool guy. Please learn more about him here:http://en.wikipedia.org/wiki/Josh_Hamilton_(baseball_player)

Hi i am cole, some people now me because i am miss peaches grand bean. my new 8 mouth old cat is o'malley. he is a sweet playful cat my dad oliver and i rescuid him from the sausage factory. i am jeter harris NOMSS he is my great cat friend for more than a year now. jeter and i are dedicated baseball fans even if his team the NEW YORK YANKEES need a LITTLE help {aCATually they are rockin right now!} o'malley and i root for the world champs the BOSTON REDSOX (they rock!). iv seen the BRSox play at safco field about 10 times WOW!!! iv seen big papi hit 5 home runs and manny ramiez hit 400. jon lester who had cansr and then throu a no hitter then at safco he trew me a major leage baseball. the coolest thing that ever happend to me is when jeremy bonderman came to my bithday and sighed a card and a baseball that is asom
Posted by Mr.O'Malley at 6:00 PM 7 comments:

WHO SHOULD BE MY NEW FAVORITE PLAYER? 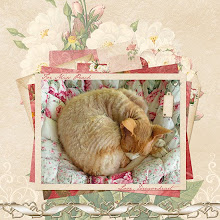